In March 2019 I spent two weeks at Huicong Children Rehabilitation Training Centre in Nanchang, China. The centre serves over 220 children with autism and employs 35 teachers to deliver the therapy, group instruction and parental training. The founder, Miss Zhang, is a passionate, hands-on mum of an 18 year old son with autism. She started the centre 15 years ago to serve her son and five children from families she knew. Within a couple of years, she became the person people turned too if their children received a diagnosis of autism. She recognised the need to grow and expanded her centre continuously. In China, children with autism receive some government funding for early intervention. However, outside of the major cities Shanghai and Beijing, there are no service providers. Autism is still widely misunderstood and regarded as a failure in parenting. Professionals specialised in autism or trained in effective therapy methods are scarce. Miss Zhang solved this problem by collaborating with the Global Autism Project, a New York-based NGO which provides training, supervision and support for ABA centres around the world. The Global Autism Project provides weekly skype supervision to the two head teachers at Nanchang, the teachers working until 8pm, the supervisors in New York getting up at 6am. Additionally, three times a year, a team of trained experts (mostly BCBAs, some BCaBAs, RBTs and speech pathologists) travel to China for two weeks. They provide training and further education to the teachers, supervise the 1:1-sessions as well as the group sessions and give feedback to the teachers.

I was part of a team of 6 behaviour analysts visiting Huicong Centre in March. It was the first time for me observing ABA being practiced in a language I didn’t understand. However, ABA transcends languages. Without understanding the exact words, I started recognising the SD's, as they were used consistently and repeatedly. By the reactions of the teachers I could tell if the child had responded correctly or incorrectly. And by taking simple count data I could observe the children’s behaviours raising or falling and thus provide a feedback to the teachers about the effectiveness of their intervention. It was interesting to see how ABA is implemented quite similarly in a culture and language so different from German or English.

But of course, as ABA aims to be culturally sensitive and chooses its goals to be socially significant for the individual in that person’s environment, there were also some major differences. This struck me most in regard to goal selection. A 3-year old child in Switzerland receiving therapy usually has a lot of therapy time devoted to manding and play skills. In our culture we want a child to be able to say what they want, to express themselves and to be able to play by themselves as well as with other children. Those goals are not commonly expected of children in China. The 3-year old children in Nanchang would be working on answering questions and most interestingly quite often on number skills. By talking to the teachers, I learned that children in China are not expected to speak up themselves, they are supposed to be quiet and well-behaved, but they need to answer when they are asked a question. Also, math is of major significance in China. The idea that their child will never be able to count is far scarier for the parents in China than if their child won’t be able to play.

It was an interesting experience to drop my ideas of what are good and age-appropriate targets and to learn about what the priorities in another country are and to come up with ideas about how those skills could be taught to children at all levels of functioning. 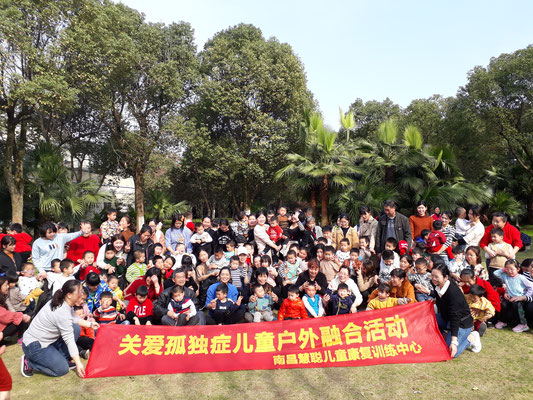 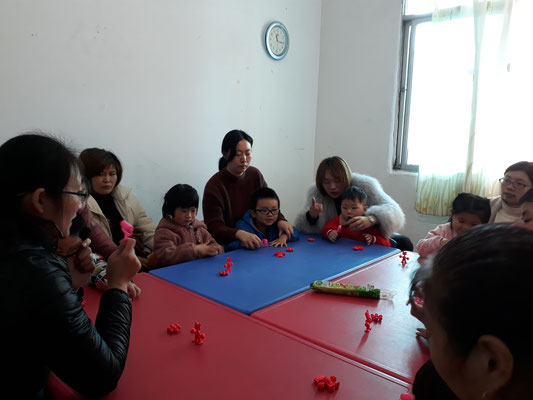 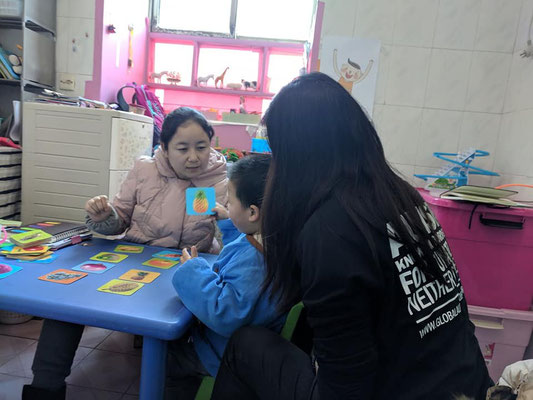